The venerable World Cup is undoubtedly the top soccer tournament in the world. It’s the one that tops the bucket lists of soccer fans around the globe. As the action gets underway this month in Qatar, the sport’s passionate fanbase will finally be treated to the spectacle they’ve been anticipating for four long years.

While we’ll soak up every minute of the 2022 World Cup action, we are already looking forward to the 2026 World Cup in the United States, Mexico, and Canada. The 2026 tournament will be the first one hosted by three countries and the first to feature 48 teams. A total of sixteen host cities will each deliver a unique travel experience. The World Cup is always a spectacular event and 2026 might just be the best one yet. 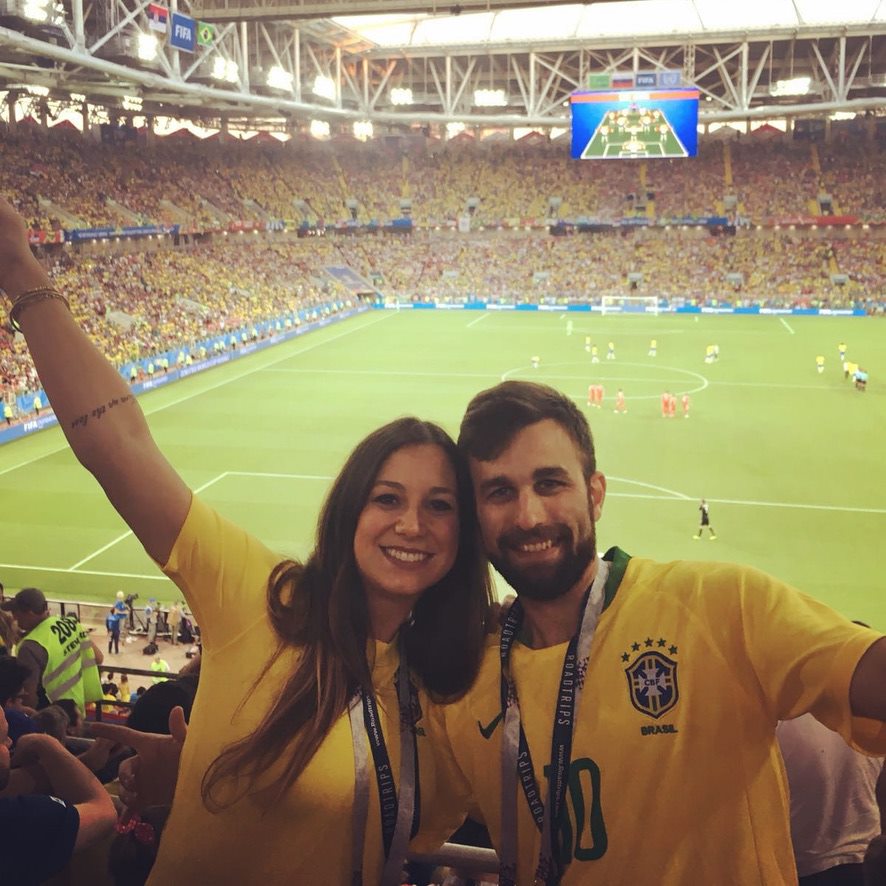 Our favorite thing about the Summer Games soccer tournament is that it affords fans the opportunity to see more than just soccer. At the 2024 Summer Games in Paris, soccer fans will have the opportunity to supplement their experience with 31 other sports. Not only is it an incredible soccer experience, it’s one of the biggest sporting events in the world, hosted in one of the most beautiful countries on the planet.

Another of the world’s best soccer tournaments, the UEFA Champions League sees the top clubs in Europe battle it out to earn the European Champion Clubs’ Cup. As one of the most watched annual sporting events in the world, it’s incredibly popular not just in Europe but around the globe. With over 60 years of history behind it, it continues to grow in popularity.

The 2023 Champions League will take place in Istanbul, Turkey on June 10, 2023 and there’s never been a better reason to visit this beautiful historic city. Ataturk Stadium has been waiting years to host this popular match and is sure to make an excellent host. Regardless of who wins it all next year, we know this will be one exciting tournament.

The UEFA European Championship (also known as the Euro) is a quadrennial event and takes place on the even-numbered years between World Cup years. As one of the best soccer tournaments on the continent, it determines the champion of the Union of European Football Associations (UEFA). A total of 24 national teams qualify to compete for the elusive title of European Champion.

The next edition of the UEFA European Championship will take place in Germany from June 14 to July 14, 2024. A total of ten German cities will host matches, with each host city offering something unique to spectators. It promises to be a spectacular event and one not to miss!

Along with the Summer Games Tournament, this is one of the biggest and best soccer tournaments in the world for women. Like the men’s tournament, it is held every four years and always highly anticipated. In 2023, 32 of the best women’s national teams (up from 24 in 2019) will compete over the course of a month for bragging rights to the title of World Cup Champion.

The next Women’s World Cup will take place between July 20 and August 20, 2023 and it’s going to be a good one. Why? Well, it always delivers great soccer and this edition will be held in two of the most beautiful countries in the world: Australia and New Zealand. Nine amazing cities throughout the two countries will act as Women’s World Cup hosts, providing a spectacular backdrop to the popular tournament. 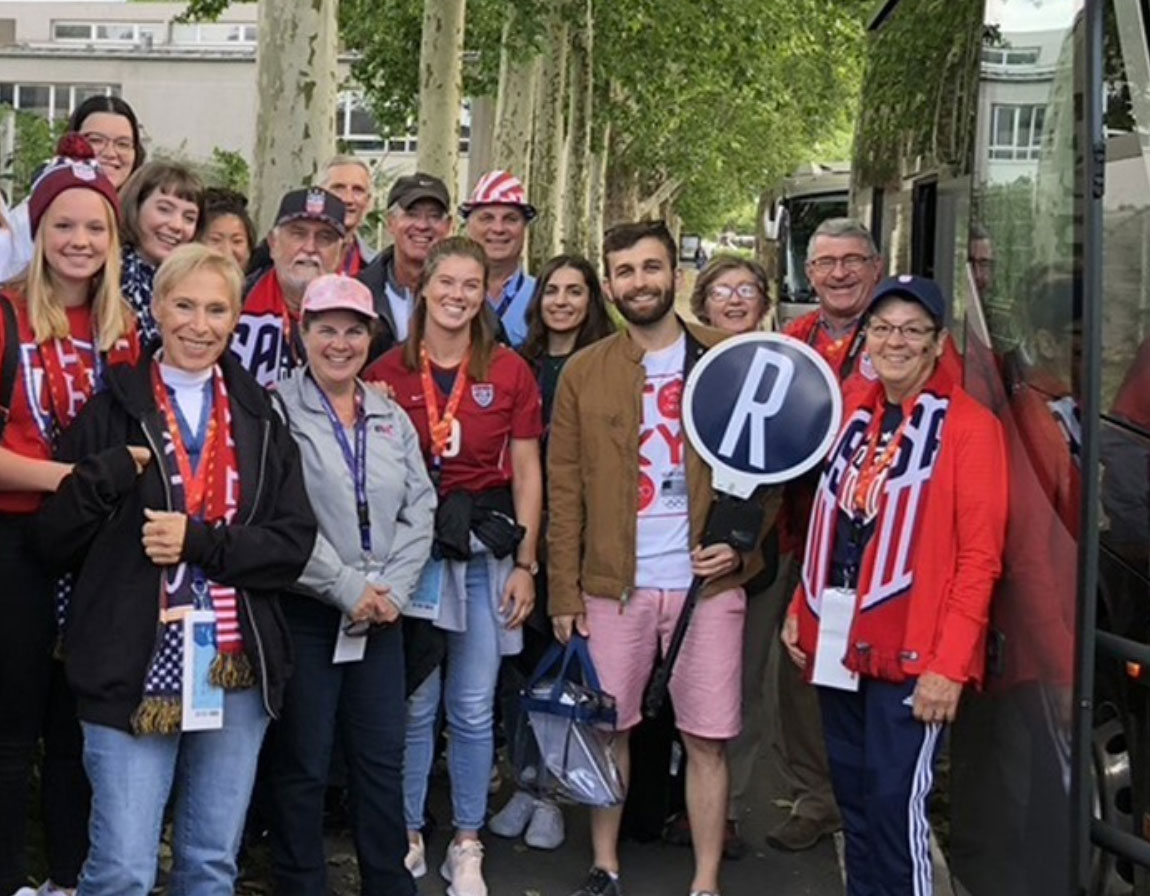 Perhaps the most passionate festival of soccer in the world, the Copa América is an international tournament primarily for countries in South America, with a reputation for matches with electric atmospheres. Many of the greatest players in soccer history have competed in the tournament, which is the longest-running international competition in the world, predating even the World Cup.

The Copa América has been hosted in many of South America’s most stunning destinations, always with a passionate fan base. Though details have yet to be confirmed, it is expected that the next Copa América will be hosted by Ecuador in 2024.

The Copa Libertadores is the most prestigious prize in South American domestic soccer, an annual tournament to decide the best club team on the continent. It has always been the biggest competition in South America, with Brazilian club Flamengo claiming the most recent title (their third) in 2022.

The final of the 2023 tournament will take place on November 11th, though the host country has not yet been named. With Brazil dominating the last three finals, it will be interesting to see if another country can end their streak.

The sister tournament to the UEFA Champions League, the Europa League has gone through many guises in its history but has developed into one of the most open and exciting annual soccer competitions in the world. While the Champions League is home to most of Europe’s established superpowers, the Europa League features a much wider range of new and interesting teams and destinations.

The final of the 2022 Europa League took place in the historic Spanish city of Seville on May 18th. Eintracht Frankfurt won the Europa League trophy and as a result, also claimed a place in next year’s Champions League. The next UEFA Europa League Final will play out in Budapest, Hungary on May 31, 2023.

The Africa Cup of Nations is a biennial tournament to decide the best international team on the continent of Africa. A total of 24 teams battle it out to determine who is the finest team in Africa. Egypt is the most successful team in the competition’s history with seven wins, and Cameroon is not far behind them with five.

The 2023 Africa Cup of Nations will be hosted by Ivory Coast, though the date has been postponed to January 2024, due to concerns about the weather (June is the Ivory Coast’s rainiest month and flooding may be an issue). The tournament will be held in six venues across five cities in Ivory Coast, with the final hosted at the Stade National de la Côte d’Ivoire in Abidjan.

The FA Cup is English soccer’s most prestigious knockout tournament and the oldest soccer competition in the world. The first tournament took place in 1871, and in the 150 years since it has remained the biggest and most coveted prize in English domestic soccer. This is the best tournament in the world for an underdog story, as the FA Cup is famous for its upsets, with the smallest teams in the country frequently defeating the biggest and richest.

Liverpool are the current holders, while Arsenal are the most successful team in the competition’s history with 14 victories, closely followed by Manchester United with 12. The final is always held at London’s Wembley Stadium, often regarded as the “home of soccer.” The 2023 final will take place on June 3, 2023.

Founded in 1903, the Copa del Rey – or King’s Cup – is the oldest tournament in Spanish soccer and is one of the best and most historic knockout competitions in the world. For over a century, it has seen some of the biggest and most successful clubs in world soccer compete for the historic annual prize, which predates even Spain’s domestic league competition.

Real Betis are the current holders, winning their third title in 2022. Barcelona are the most successful team in the competition’s history, having won the Copa del Rey an amazing 31 times. The final of the 2023 Copa del Rey will be held in Estadio de La Cartuja in Seville. Each year, the host city combines a rich sense of soccer history alongside some of the greatest and most desirable cities in the world, like Madrid, Barcelona and Seville.

You could say that the Asian Cup is the biggest regional soccer competition in the world, because it determines the best international team from Asia, the biggest continent on the planet and home to over 4.5 billion people. Held for the first time in 1956, the competition is held every four years in a different Asian country. Previous hosts have included Japan, Singapore, Thailand, Malaysia and Australia, who are part of the Asian Football Confederation.

The current holders are Qatar, who will also host the next edition of the tournament in 2023. Though the dates and venues have yet to be finalized, you can be sure Qatar will put on a memorable tournament fresh off its hosting duties for the 2022 World Cup.

If you want to hear more about any of the best soccer tournaments in the world, we’d love to help you out. Our amazing luxury soccer travel package experiences include the best of the best in each host city; from accommodations to match day experiences to transportation, we’ve got everything covered so you can relax and enjoy the beautiful game. Contact us to start creating your ultimate soccer itinerary to your preferred tournament.

Nick Miller is a London-based freelance sports writer with 13 years of experience in the industry. He mainly writes about football for the Guardian and ESPN, but has also been published in FourFourTwo, Eurosport, the Independent, the Daily Telegraph and the Daily Mirror. He can also turn his hand to other sports, a particular highlight being liveblogging the luge from the Winter Games.

Other posts by Nick Miller »