With 27 years’ worth of experience attending the biggest sporting events in the world, it’s safe to say our team here at Roadtrips knows a thing or two about the subject. Every year, we host guests at all the must-see sporting events and as a bonus, have the pleasure of experiencing them for ourselves. From the Super Bowl to the World Cup to the Kentucky Derby, the atmosphere at these events is like nothing else in the world. Below we’ve compiled a list of our favorites, ones that are definitely worthy of your bucket list.

While it may be the championship game for American football, the Super Bowl is well-known the world over as one of sport’s biggest parties. Each year, thousands of football fans flock to the Super Bowl’s host city to experience the excitement live, while millions of viewers take it all in on their TVs (over 98 million viewers tuned in to Super Bowl LIII, which is not surprising considering it is one of the most-watched sporting events annually). Super Bowl is so much more than just a game: the anticipation, the pre-game festivities, the half-time show, the host cities attractions…it’s a weekend-long party of all things football. In 2020, the big game will take place in Miami, and is sure to be one for the ages.

Want to know more about the Super Bowl? Check our Ultimate Guide to Super Bowl LIV. 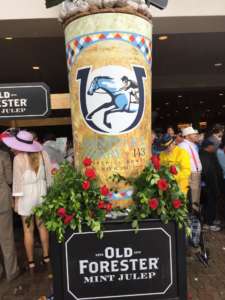 The Kentucky Derby is another of the biggest sporting events in the United States. Each spring, horse enthusiasts converge in Louisville, Kentucky for the first jewel in the triple crown of horse racing. Visitors can spend race week touring horse farms and bourbon distilleries, or mingle with celebrities and other VIPs at some of the biggest social events including the Barnstable Brown Gala. As for the main event, it’s a spectacle like nothing else. Churchill Downs is filled with a lively crowd donning seersucker suits and extravagant hats, while mint juleps are the beverage of the day. It’s a fun atmosphere and it’s difficult not to be swept away in the excitement.

If you’re a Formula 1 fan, this iconic race is likely already on your bucket list. Arguably the most prestigious event in car racing, the Monaco Grand Prix is a sporting event like no other. In addition to the thrilling race action that winds through the streets of Monte Carlo, Monaco offers exclusive viewing experiences (like watching the race from aboard a luxury yacht or an upscale hospitality venue), legendary parties, world-class dining, and some of the best hotels on the planet. Even if you’re not a huge race fan, Monaco is an event that we wish everyone could have the pleasure of experiencing.

The Summer and Winter Games 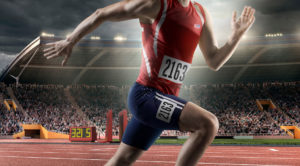 The Summer and Winter Games are consistently two of the most viewed sporting events on the planet. They’re also unique in that they both feature a variety of sports, and thus appeal to millions of people. But the Games are about more than the best athletes in the world competing; they’re about the world coming together and the incredible atmosphere this creates in the host city from the opening ceremony through the closing ceremony. Whether you’re a fan of summer or winter sports, the Games are something truly extraordinary and there really is nothing that compares. 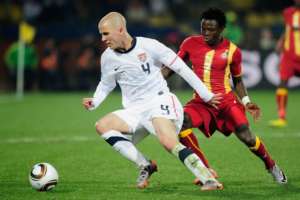 Soccer is one of the most popular sports in the world and the UEFA Champions League Final is one of the sport’s biggest championship games. In fact, the match is the most viewed annual sporting event, drawing in close to 300 million viewers. The tournament starts with 32 European teams vying for one of the most sought after trophies in soccer: the European Champion Clubs’ Cup. The thrilling action reaches its pinnacle at the Final, the location of which always seems to be a fascinating destination. In 2020, the UEFA Champions League Final takes place in Istanbul, an intriguing city with a rich history. Soccer fans are known for their excitement and passion and this event is another great example of that.

In a list of must-see sporting events, the World Cup is a given. It’s the biggest event in soccer, not to mention one of the biggest sporting events in the world. Taking place every four years, the excitement for this event has time to build and when the tournament finally starts, it seems the whole world is watching. So what makes it so great? Well, for starters, you have the best players in the sport playing for national pride and everyone loves rooting for their home team. The competition is fierce and the stakes are high. The World Cup is also a unique event in that it takes place in a number of host cities, giving fans the opportunity to explore some often overlooked destinations within a particular region or country. And then there’s the atmosphere. With the next world cup taking place in Qatar in 2022 see our things to do in Doha list here. The feeling of being in the crowd for the championship match of the World Cup final…there’s simply nothing better.

We know how big college football is in the United States and we knew we couldn’t have a list of must-see sporting events without including it. While it’s hard to pick just one game to feature, the College Football Championship is definitely one of our favorites. We love the opportunity to witness future stars on the biggest stage in college football before they begin their pro career. Another great thing about this event is the timing – taking place in early January, it’s the perfect time of year to get away and have an exciting sports travel experience to look forward to.

Dating back well over a century, the World Series is one of the most historic and beloved sporting events in the United States. For baseball fans, the sport simply doesn’t get any better. After a hard-fought season, the last two teams remaining battle it out in this best of seven series to determine the best team in baseball. With the series shifting between two host cities, it’s like two events in one. There’s plenty of fanfare surrounding the series, allowing fans to truly immerse themselves in the sport. The World Series is about more than baseball, it’s a beloved celebration of history and tradition. 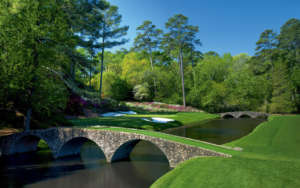 Considered by some to be a rite of passage for golf fans, attending the Masters gives patrons a new appreciation for this prestigious golf tournament. It’s one thing to watch it on TV but once you walk the hills of Augusta National and see those rolling greens close up, you’ll fully understand the difficulty of the course. There are also so many Masters traditions to experience: the pimento cheese sandwiches, the souvenir photo, and of course, loading up on official Masters merchandise at the pro shop. To see the top players close up playing at the biggest golf event in the world is an experience that you’ll remember forever.

If you had to pick only one tennis tournament to attend, we highly recommend Wimbledon. Steeped in history and tradition, it draws thousands of fans every year (the total attendance at the 2019 tournament was just over half a million people). The celebrity sightings, the impossibly green courts, the strawberries and cream, and the Pimms are just a few highlights of the tournament. Of course, there’s the world-class tennis too. There is no championship in tennis more prestigious and the action on the court reflects this. As a bonus, there is also the incredible host city of London with its amazing restaurants, endless shopping, and amazing attractions.

Soccer tournaments are some of the biggest events in the world and the UEFA European Championship is no exception. Less formally known as the Euro, the tournament takes place quadrennially and involves national teams of the members of UEFA. Like all major soccer tournaments, the excitement and atmosphere surrounding the event is indescribable and there always seems to be lots of related events and celebrations going on in the host cities. The tournament is usually hosted by a single country (or two in a few cases) but the next edition of the Euro will make history as it will be held in 12 cities in 12 different countries for the first time in its history. 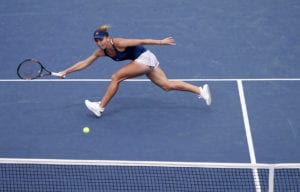 The US Open is the premier tennis event in the United States. It also happens to be a lot of fun to attend. The atmosphere is fun and relaxed and it’s the perfect way to cap off the summer.
As one of four Grand Slam tournaments in the sport, it always draws the top players in the world. Plus, it attracts an incredible number of celebrities each year to cheer on the pros. A big part of what makes the US Open so great is its host city of New York. It’s hard to top The Big Apple in terms of great hotels, entertainment, shopping, and dining. The city offers the best of the best and only serves to enhance the US Open experience.

We couldn’t have a list of must-see sporting events and not include basketball. Every spring, the nation gets caught up in March Madness, the highlight of the college basketball season. As the top 68 teams in collegiate men’s basketball battle it out to be one of the last four teams remaining, millions of viewers fervently watch on. It all peaks at the semi-final and final games: The Final Four. The crowd is huge and the excitement is unrivalled as fans watch tomorrow’s biggest stars play their hearts out to become national champions.

And there you have it, our list of must-see sporting events. Of course, there are many more great events out there and it was definitely a challenge to narrow it down. Some other favorites include the Daytona 500, the Cricket World Cup, the Indy 500…we could go on and on. We may be a bit biased, but there really is nothing that compares to attending the biggest sporting events in the world.

What’s your number one must-see event? We’d love to help you get there. Contact one of our Sports Travel Specialists to see what your ultimate sports travel experience could look like.