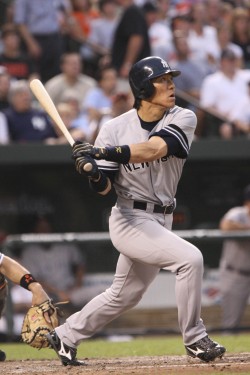 The World Series is a spectacle of modern professional sports that millions of people look forward to every October. Tension is high, every pitch counts, and the best players take their performance to the next level. Throughout MLB World Series history, there have been a few unforgettable moments that baseball fans will remember forever. Here are our favorites!

The injured Kirk Gibson was called upon to pinch hit for the Los Angeles Dodgers in the bottom of the ninth inning of Game 1 against the Oakland Athletics. The Athletics had legendary closer Dennis Eckersley on the mound. After multiple fouls, Eckersley delivered a backdoor slider that Gibson belted over the fence to win the game. This famous at-bat in MLB World Series history would be Gibson’s only plate appearance in this World Series, which Los Angeles won 4-1.

Bill Buckner’s game-losing World Series error was a memorable one in MLB World Series history for the wrong reasons for Boston fans. Leading the series 3-2 against the New York Mets, the Red Sox had given up two runs to tie the game. Outfielder Mookie Wilson hit an easy grounder to Buckner at first. Buckner mangled it and the balled roll through his legs into right field, scoring the game-winning run easily. The Red Sox went on to lose Game 7; Buckner was a scapegoat for their series loss for many years afterwards.

In 1968, two of the best pitchers in the game were set to open the World Series: Bob Gibson for the St. Louis Cardinals and Denny McLain for the Detroit Tigers. Gibson was dominant, striking out 17 batters in a five-hit shutout to set the record for most strikeouts in a single game in MLB World Series history, a record that still stands 46 years later.

In the fifth inning of a heated Game 3 the famous Babe Ruth took the plate for the Yankees against Cubs pitcher Charlie Root. After exchanging lots of trash talk with the Cubs bench and taking strike one, the Bambino made a pointing gesture: some say he was calling his shot, pointing over the center field wall, while others maintain he was pointing at Root or the Cubs’ bench. Whatever the case, after a called strike two, Ruth blasted a 440 foot home run over center field. The Yankees went on to sweep the Cubs in four games, winning the World Series.

In his last game as a Yankee, Hideki Matsui, nicknamed Godzilla, played a huge role in the Yankees’ 27th World Series win. With a 3-2 lead against the Philadelphia Phillies, Matsui hit a two-run homer in the second inning to get New York on the board. After the Phillies scored a run in the top of the third, Matsui responded with a bases-loaded single in the bottom of the inning. In the fifth inning, Matsui racked up another two RBIs with a double off J. A. Happ, helping the Yankees reach a 7-3 victory.

One of the few blights on the sterling career of the Yankees’ legendary closer Mariano Rivera is Game 7 of the 2001 World Series against the Arizona Diamondbacks. With the game tied and the bases loaded, outfielder Luis Gonzalez hit a blooper over Derek Jeter’s head and scored the winning run, giving the Diamondbacks their first World Series title.

The 2014 MLB World Series will no doubt be a memorable one for all who attend. If you’re looking to plan a trip to the World Series this October, get in touch with a Roadtrips sports travel specialist today. Call us at 1-800-465-1765 or complete our online trip quote request form.