If you can’t be in the stands at the world’s biggest sporting events, watching on TV is the next best thing. Making plans to watch the big game (or match/fight/tournament/race) is a tradition that is shared by cultures around the world. In fact, sporting events make up the majority of the most popular TV broadcasts. Wondering which are the most watched sporting events in the world?

The preeminent event in cycling takes place each summer in France. In addition to being one of the most prestigious competitions in the sport, it is also one of the most difficult with a course that winds through the country’s scenic mountain roads. The race consists of 21 stages totaling approximately 2,200 miles, raced over 23 days. Competitors race as part of an 8-person team, working together to achieve the fastest cumulative time. 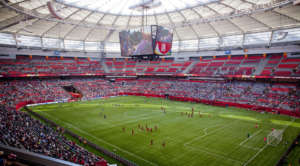 In the same company as the Summer Games, the World Cup is right up there at the top in terms of popularity. This 32-team tournament (which will be expanded to 48 teams in 2026) features national soccer teams from around the globe competing until ultimately one team is crowned champion. Held quadrennially, the World Cup is the pinnacle event in the sport and boasts huge attendance numbers every year. The 1950 Final game holds the record for attendance at a sporting event in an enclosed stadium with a whopping 199,854 spectators.

In terms of TV viewership, the World Cup numbers are regularly in the billions, with 3.262 billion (that’s half the world’s population!) tuning in in 2018.

North Americans may be surprised to find cricket on a list of most watched sporting events, but fans of the sport are well aware of how hugely popular cricket is in many parts of the world. The Cricket World Cup is the international championship for One Day International cricket. The contest features ten teams and lasts just over six weeks. Like the soccer World Cup, the tournament takes place every four years, with the next Cricket World Cup scheduled for 2023 in India.

The 2019 Cricket World Cup, hosted by England and Wales, set a new record for viewership. An incredible 2.6 billion people tuned in, making it the most watched cricket event of all time.

Next Cricket World Cup: October and November 2023 in India

Without a doubt, the Summer Games are one of the most anticipated sporting events in the world. The Games not only offer a variety of different sports to watch, they also feature incredible personal triumphs, underdog stories, record-breaking feats of strength and endurance, and the opportunity to showcase national pride. With people around the world eager to cheer on their home country, it is no wonder billions of people want to spectate.

Every four years, the Summer Games are hosted in one of the world’s most attractive destinations, contributing to it being one of the highest attended sporting events. With a global average reach of 2 billion viewers, it’s also one of the most watched on TV. 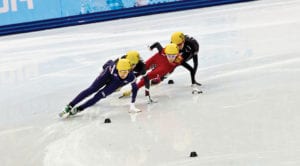 Though it may not attract the same amount of attention as the Summer Games, the Winter Games are still a hugely popular event that draws interest from around the globe. With popular sports including figure skating, alpine skiing, ice hockey, and snowboarding, the Games reaches a broad audience. The Winter Games take place over a 17-day period every four years.

A quarter of the world’s population (1.92 billion people) tuned in to watch a portion of the 2018 Winter Games, down slightly from the previous event in 2014, which drew 2.06 billion. 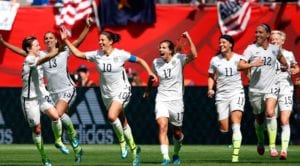 Women’s soccer is becoming more and more popular and as a result, the 2019 Women’s World Cup in France attracted a lot of interest. Following a similar format as the men’s tournament, national teams compete in a month-long tournament that begins with group-stage matches and ends with a knockout stage (playoff rounds).

With a hugely popular Team USA playing for first place, it makes sense that so many Americans wanted to watch the matches. But it wasn’t just Americans tuning in. The 2019 tournament smashed previous viewing records, with an incredible 1.12 billion watching worldwide. It will be interesting to see if the numbers are even bigger at the next tournament in 2023.

Boxing is a fascinating sport. Casual observers may not hear much about the sport from day to day but the moment a major match is announced it draws huge attention from around the globe. Viewership is often measured by pay-per-view buys and these big-name bouts put up huge numbers.

Muhammad Ali, known as “The Greatest”, was one of boxing’s most popular fighters ever and was even named “Sportsman of the Century.” His fights received huge attention and were some of the most watched sporting events of all time, with numbers as high as one billion.

Soccer is the most popular sport in the world and the UEFA Champions League Final is one of its biggest events. The top teams in Europe battle all season to be one of two teams in this prestigious championship match. The upcoming Champions League Final will play out in Ataturk Olympic Stadium in Istanbul, Turkey, providing travelers with the perfect reason to visit this popular travel destination. 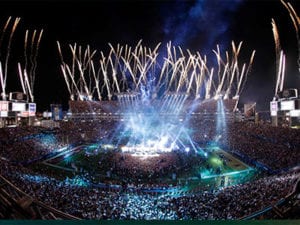 Every year, American football fans count down the days until the big game: The Super Bowl. The National Football League’s championship game consistently tops the list when it comes to sporting events in the US. Even presidential debates can’t compete with the Super Bowl. While millions of people are tuned in for the game itself, the A-list halftime act and even the commercials attract viewers as well.

The most recent Super Bowl, which featured the L.A. Rams and the Cincinnati Bengals, drew 112.3 million viewers, up from 96.4 million the year prior.

While it may not draw the huge numbers it once did, it is still one of the superstars when it comes to most watched sporting events. The 2021 World Series TV viewing peaked for game six with 14.3 million people tuning in.

Before basketball stars shine in the NBA, they hone their skills in college. The NCAA Final Four is not only a showcase of the top collegiate talent, it’s the culmination of their basketball season. Each year, the semi-finals and the finals are hosted in one of America’s great basketball cities and the excitement is big. Fans are already ramped up by March Madness and everyone wants to watch to find out how it all ends.

The 2022 championship game averaged a TV viewing audience of 18.1 million, who watched as Kansas topped UNC.

Basketball fans follow their team for 82 games of the regular season but the real fun begins when the playoffs start. With 30 teams fighting for 16 playoff spots, only two of which will make the NBA Finals, it’s kind of a big deal. The NBA Finals feature incredible basketball, an impressive celebrity presence, and a fun atmosphere…it’s no wonder so many people want to watch.

The 2022 NBA Finals featured the Golden State Warriors taking on the Boston Celtics. TV viewership peaked at 16.9 million people in game six, to witness the Warriors claim the championship. 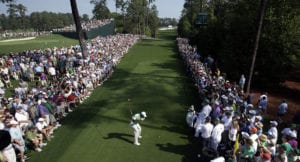 The most prestigious tournament in the sport, the Masters takes place every spring in Augusta, Georgia. Attracting the best golfers from around the world, the Masters always boasts big names and a big crowd.  Playing four rounds over four days, the top pros battle to become Masters Champion and don the elusive green jacket.

In 2022, the TV viewership numbers were up, peaking at 13.16 million, who tuned in to watch the conclusion of the tournament. 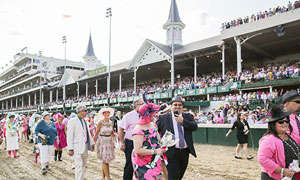 Dubbed “the fastest two minutes in sports,” the Kentucky Derby is not just the most popular horse race in the United States, it’s also one of the premier horse races internationally. While Derby weekend is filled with plenty of different races, the highlight is the grand finale, which features three-year-old thoroughbreds racing one and one quarter miles around the historic Churchill Downs track.

For the most recent Kentucky Derby, a total of 147,000 spectators watched inside Churchill Downs while 19 million tuned in to watch on TV.

Rugby’s premier event is the World Cup of Rugby, and like many big events is held every four years. Twenty of the best international teams compete in a six-week tournament until ultimately one team remains.

The most recent World Cup of Rugby was hosted by twelve Japanese cities in 2019. Millions watched around the world including a peak audience for the final of 12.8 million in the UK, who watched England fall to South Africa. 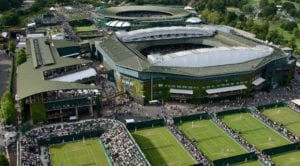 It is the most famous tennis tournament in the world so it is no surprise that it’s one of the most watched sporting events, as well as the most attended. Every year, thousands of fans converge at the All England Club for two weeks of spectacular tennis. There was a total attendance of 515,164 fans watching on at the 2022 Wimbledon Championships, the highest attendance in history.

In terms of TV viewership, the Wimbledon Championships in 2022 attracted 7.5 million viewers at its peak during the Men’s singles Final. The tournament set an online viewing record of 53.8 million streams.