For the 2020 Summer Games, Tokyo’s event venues have been divided into two zones: The Heritage Zone, where some of the original venues from the 1964 Summer Games are located; and the Tokyo Bay Zone, which includes many of the brand new venues as well as most of the water sports venues. When the zones are circled along the borders, the resulting shape is the infinity symbol, which represents the limitless potential of the athletes and the host city. The Athletes’ Village is appropriately located where the two zones meet. Particularly impressive is the fact that 28 of the venues are within five miles radius, making things very convenient for anyone attending the Summer Games.

The Heritage Zone encompasses Tokyo’s city center and main business area. As mentioned earlier, this zone contains iconic venues from the 1964 Summer Games including Yoyogi National Stadium and Nippon Budokan. In addition, the site of the Tokyo’s former National Stadium (which was demolished in 2015) is home to the incredible new main stadium for the Games. Completed in late 2019, this incredible stadium will be the hub of the excitement in 2020, housing the opening and closing ceremonies, athletics events, and the football final

Located just southeast of the city center, the Tokyo Bay Zone includes plenty of innovative infrastructure that will host some of the most exciting events at these games, including aquatics, gymnastics, and beach volleyball. Comprised partially of artificial islands, this zone includes nearly twice as many venues as the Heritage Zone as well as the International Broadcast Center. Offering a balance of modern architecture and relaxing green space, the area is expected to continue be a hub of development even after the completion of these Games. 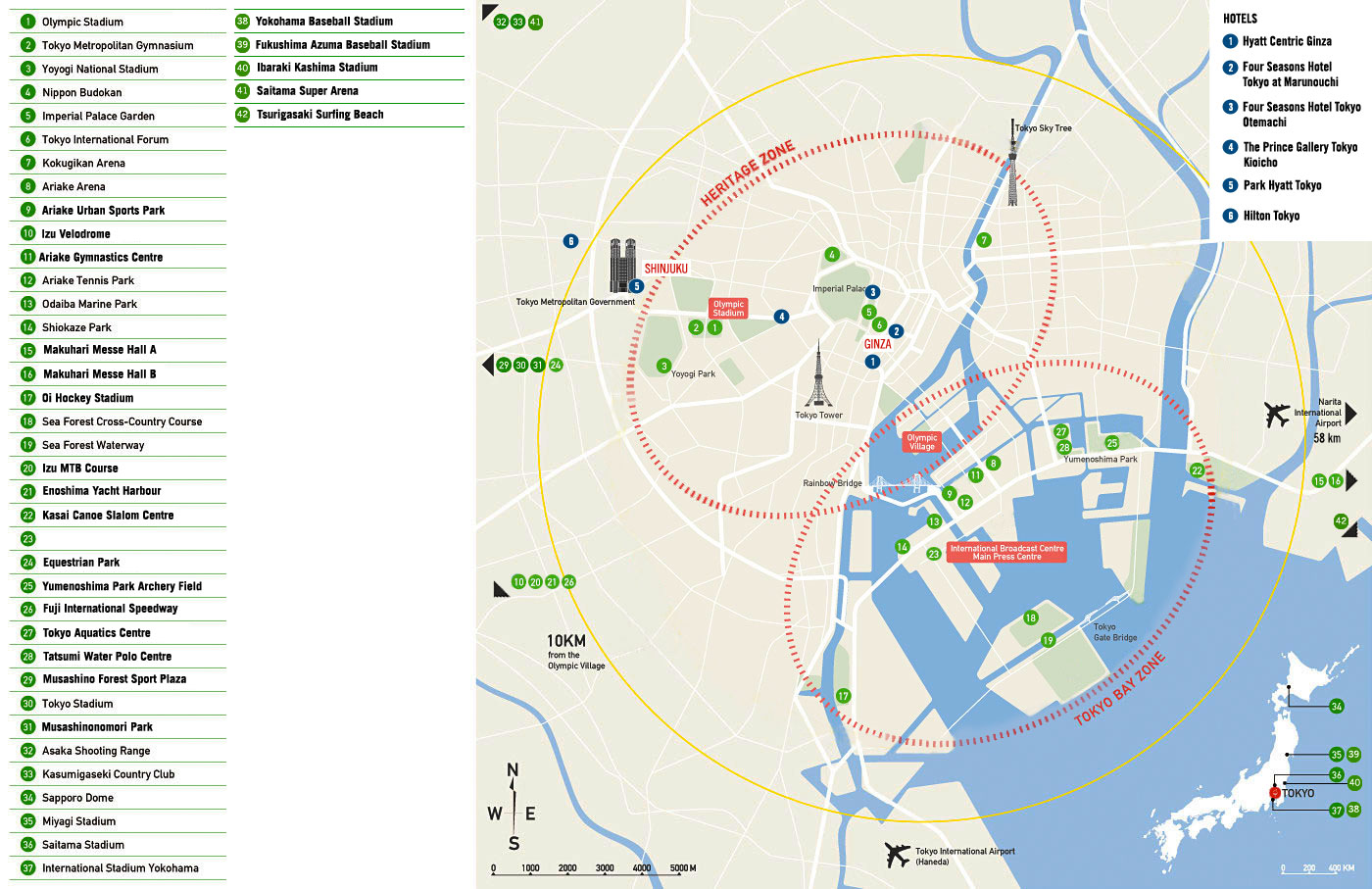 Roadtrips is in no way affiliated or associated with the IOC or the Tokyo Organizing Committee for the 2020 Olympic Games. 2020 Summer Olympics Tickets are limited to the Authorized Ticket Reseller in your country of residence. Roadtrips is not an Authorized Ticket Reseller for the Tokyo 2020 Olympic Games and therefore we do not include tickets in our base travel packages.

Roadtrips is dedicated to providing high-touch service throughout your experience and we will customize your itinerary to match your chosen 2020 Summer Games events, whether or not you have already purchased your tickets. With over 28 years of experience providing travel packages to the world’s biggest sporting events, you can trust we have the knowledge and expertise to provide a personalized, comprehensive travel package to the 2020 Summer Games in Tokyo.

“Throughout our two week stay we were spoiled rotten.”

Roadtrips’ hosting of our Rio experience was excellent from start to finish. Throughout our two week stay we were spoiled rotten by a constantly available flow of Roadtrips personnel at our beck and call. The personalized and practical service was amazing. Once we had an urgent business document to scan and send home and Raphael spent an entire afternoon making sure we got it done, using his own laptop. Our entire family got the feeling that the Roadtrips team genuinely cared about us… we are looking forward to using you again.