Stade Roland Garros (or Roland Garros Stadium for us anglophones) was named after the famous French pilot who fought during World War I, and was the first pilot to fly solo over the Mediterranean Sea. This impressive 21-acre facility is home to twenty courts as well as a large restaurant and bar complex among other things. Although Roland Garros is famous for its ‘red clay’ courts, the surface is actually white limestone covered with red brick dust, a solution to the poor drainage issues resulting from natural clay courts.

Home to the French Open, the complex was completed in 1928. Roland Garros has two main courts. Court Philippe Chatrier has the largest seating capacity (15,225) and hosts the final matches. Court Suzanne Lenglen has a seating capacity of 10,068 and hosts many of the top-seed matches in the tournament. 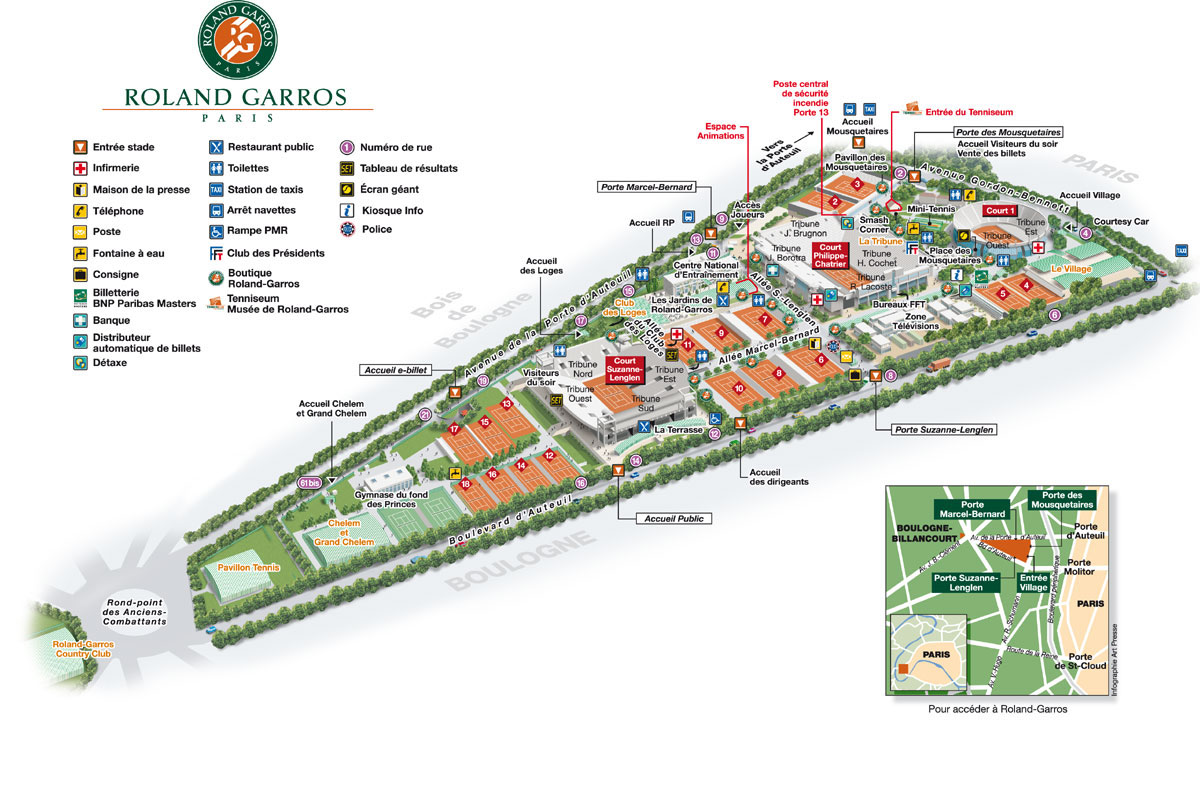 Our guests can enjoy an impressive all-you-can-eat buffet, snacks and an open bar. With an upscale lounge setting and large HDTVs showing the all the tennis action, this exclusive hospitality venue offers a wonderful retreat, where you can truly relax in between all the excitement of this prestigious tournament.

“We love your company and always spread the word about it whenever possible.”

We had a great time at the French Open and Paris. Good seats, they were in the shade. It was great since some of those days were hot. We love your company and always spread the word about it whenever possible. Thank you!

Roadtrips is in no way associated with the French Tennis Federation (FFT) or the Roland-Garros International Tennis Championships. The official site for 2021 French Open tickets is https://attente-tickets.rolandgarros.com.