Your 2019 Pro Bowl package includes tickets anywhere in Camping World Stadium. Choose your preferred viewing option, upgrade to club seating, or get the ultimate experience in a luxury suite.

In 2019, Camping World Stadium (formerly the Citrus Bowl) will once again host the Pro Bowl. The stadium, which opened way back in 1936 has certainly seen its share of history. It has played host to a long list of events including the last three Pro Bowls, the Citrus Bowl, FIFA World Cup and Summer Games soccer matches, the MLS All-Star Game, a number of A-list entertainment acts including Paul McCartney and The Rolling Stones, and has also been featured in the movie The Waterboy as well as the popular TV series Coach. Camping World Stadium has seen a number of renovations and expansions over the years including a $200 million renovation in 2014. 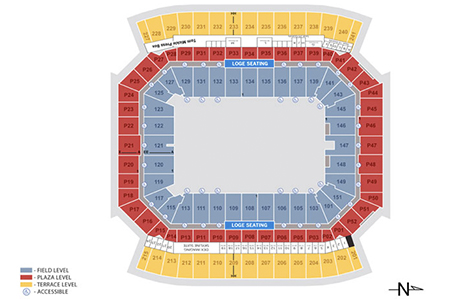 “I will always use Roadtrips.”

Just wanted to let you know that me and my son had a wonderful time. Your staff is wonderful. When I go on any sports events I will always use Roadtrips. They are the best!!!