Formula 1 is simply spectacular. Top drivers in the fastest, most technologically-advanced racing cars on the planet, doing battle for the ultimate prize – the world championship.

The circuits are often as incredible as the racing, from traditional grand prix tracks boasting decades of history, to ultra-modern facilities setting new standards for design.

Here are the top 12 circuits that we think every F1 fan should see. 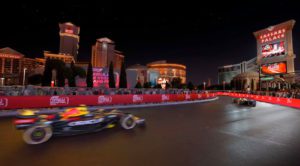 Let’s start with the most anticipated race of the season. After 40 years, F1 returns to Vegas on a circuit like no other. Incorporating a number of iconic Vegas landmarks including its famous strip, the track was designed with speed and overtaking possibilities in mind. Adding to the excitement, the 2023 Las Vegas Grand Prix will take place at night to showcase the city’s legendary lights that line the circuit.

In addition to the race itself, Las Vegas has an endless list of things to see and do. Frequently dubbed the “Entertainment Capital of the World,” the city has something for everyone.

Added to the F1 circuit in 2022, Miami International Autodrome has attracted a lot of excitement. The new track is the first to be designed by Formula 1, specifically for a Grand Prix race. The final design was chosen from over 75 variations that were in consideration. Built on the site of Miami’s popular Hard Rock Stadium, the track was planned with multiple overtaking opportunities to provide maximum thrills during the race.
Miami also boasts legendary nightlife, stunning beaches, and plenty of sunshine, all adding to the allure of the event.

The Australian Grand Prix venue is a must-visit for F1 fans with serious wanderlust. The circuit itself is fast and flowing, the unique blend of street and permanent track features making it a real challenge for drivers.

Albert Park took advantage of the pandemic hiatus by making some major improvements to the circuit including widening pit lane as well as some of the corners and eliminating two turns. The entire track was also resurfaced in 2022.

Even if you’ve attended the race before, the track renovations will offer a whole new viewing experience. And with the bustling Melbourne CBD on one side, and the eclectic seaside village of St. Kilda on the other, you won’t be short of options for post-race socializing.

Monaco is about the spectacle of watching great drivers thread the 900-horsepower needle through the principality. It’s about the glamour and being seen in beautiful places with beautiful people.

There are no bad seats at the Monaco Grand Prix. If you love Formula 1, this one has got to be top of the bucket list. 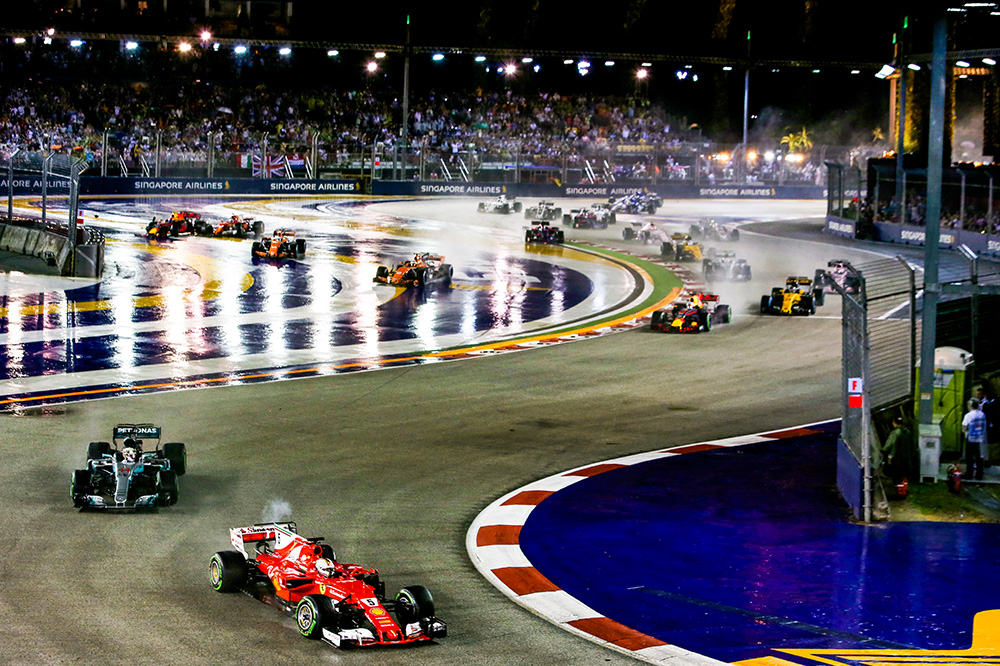 Singapore is spectacular enough all on its own. But throw a Formula 1 race right in the city center, under lights, no less, and you have something truly special.

As the original night race on the Formula 1 calendar, the Singapore Grand Prix has become a modern classic. Not only is the backdrop stunning, but Formula 1 cars just look faster under lights.

Having Singapore and its amazing night life literally surrounding the circuit caps off an incredible fan experience.

The home of the Italian Grand Prix is one of the most traditional circuits on the calendar, its history dating back over a century. It’s known to be one of F1’s fastest tracks, creating a riveting viewing experience. Thanks to the Tifosi, the passionate band of Ferrari supporters, race day at Monza feels as much like a football match as it does a motor race.

Not only is the track one of the most historic venues on the Formula 1 calendar, it also happens to be located in one of Italy’s most alluring cities. Milan is known for being a leader in fashion and design and also boasts amazing eateries and fascinating cultural attractions.

Like in Italy, it’s the crowd atmosphere that makes the latest incarnation of the Mexican Grand Prix so special.

The famous British circuit is steeped in history, with the first race of the modern F1 era having taken place at Silverstone back in 1950.

Having been recently redeveloped, Silverstone now has modern, world-class facilities. The circuit itself, however, is still deliciously old school, retaining the fast, open nature that exposes its air base roots.

Set to a stunning Styrian backdrop, the Red Bull Ring is another blend of classic flair and modern design. Its latest stint as a grand prix venue has been underpinned by drinks giant Red Bull, which means little expense has been spared.

Between the rolling hillsides, the flowing track layout and the local love for Red Bull Racing, a trip to Spielberg is sure to impress.

Circuit of the Americas, US Grand Prix

Since joining the F1 calendar in 2012, the annual trip to COTA has become a favorite for drivers, teams and fans. That’s partly due to the track, with its unique uphill run to the first turn and flowing, technical layout.

The race is a highlight, but the real drawcard is Austin and its famous night life, which over race weekend attracts people from all walks of F1 life.

Pouhon, Blanchimont, La Source … Spa-Francorchamps, nestled in the Ardennes, is home to some of the world’s most famous corners. But none are bigger, better or faster than the Belgian circuit’s calling card – Eau Rouge. It’s currently F1’s longest circuit and you’ll be hard-pressed to find a single more spectacular place to watch Formula 1 cars.

Adding to the Spa spectacle are the thousands of Dutch fans that flock across the border, all dressed in orange, to passionately support Max Verstappen. 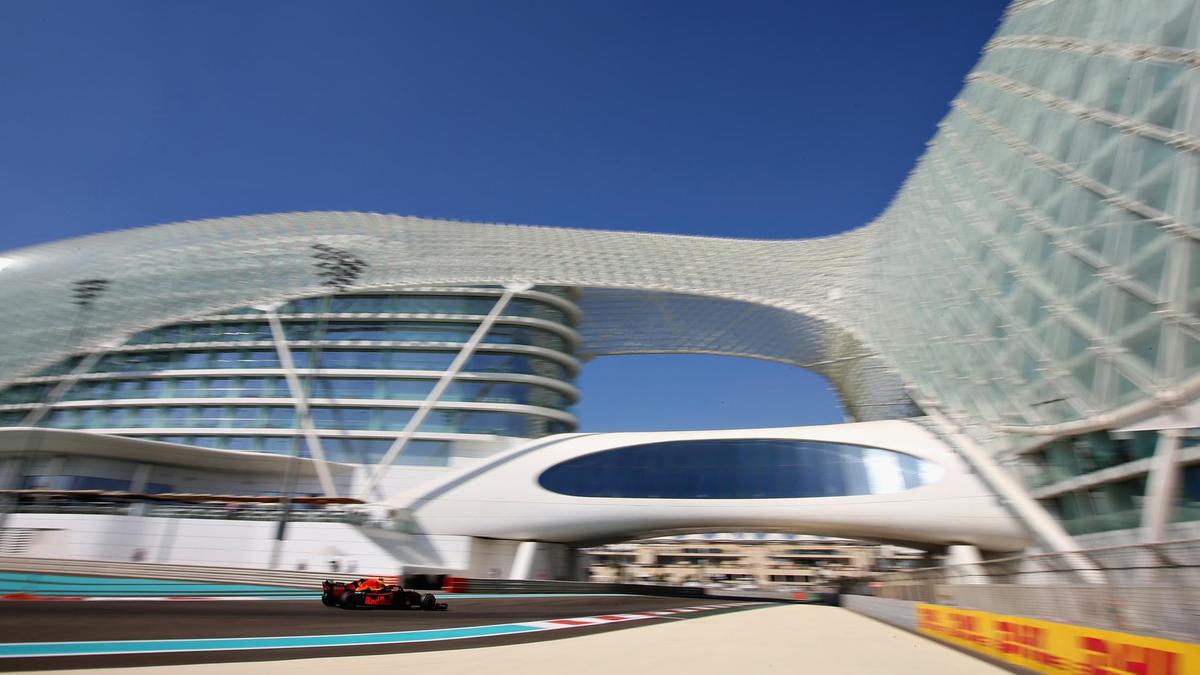 The Abu Dhabi Grand Prix venue encapsulates the modern opulence that the Middle East is famous for. But while it may be one of the newer kids on the block in terms of Formula 1 circuits, the marina itself – packed with the yachts of the rich and famous – gives it an old school grand prix feel.

Adding to the spectacle is the grand finish under lights, which marks the end of the season and the crowning of a new world champion.

To fully immerse in the experience, stay in one of the many luxury hotels on Yas Island. You may even find that your room overlooks the circuit.

Whatever circuit tops your bucket list, we’d love to help you get there. Contact one of our Sports Travel Specialists for more information on our F1 Travel Experiences.

Editor of the Australian edition of Motorsport.com and News Editor of the Global edition. Also cover Supercars for affiliated publications in the network, including Autosport magazine and Autosport.com.

Other posts by Andrew van Leeuwen »