With a history dating back to 1877, Wimbledon has developed a long list of traditions over its many years. Some are well-known, others may have gone unnoticed by the casual fan, but all of them add to the charm of tennis’s most prestigious event. With the Wimbledon Championships just around the corner, we’ve detailed some of our favorite traditions below to help you get into the Wimbledon spirit. 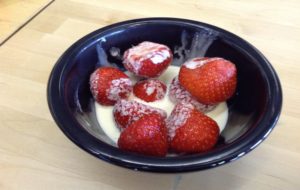 Strawberries and cream are one of Wimbledon’s most beloved (and tasty) traditions. The berries are some of the freshest you can eat, picked and delivered each morning of the tournament. The tasty treat comes in a serving of 10 berries and will set you back just £2.50, a price that hasn’t changed since 2010. If you’re dairy-free you can still enjoy the popular tradition; a plant-based cream alternative is also available on request. If you’re wondering how many strawberries Wimbledon goes through each year, the answer is a staggering 38 tons! 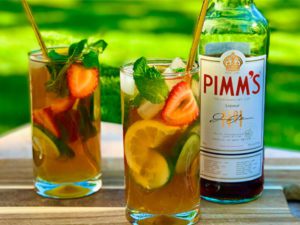 Another of Wimbledon’s consumable traditions is the Pimm’s Cup. This cocktail first appeared at Wimbledon in 1971 and has since become the tournament’s most well-known beverage. Named for inventor James Pimm, Pimm’s No. 1 is a gin-based liqueur that serves as the base for the Pimm’s Cup. Lemonade, fruit (orange and strawberries), cucumber, and mint complete the libation. 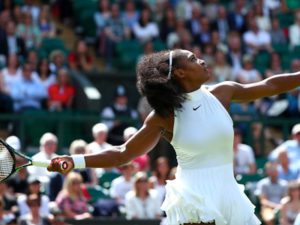 Wearing tennis whites isn’t just a suggestion at Wimbledon, it’s a rule that’s strictly enforced (just ask Roger Federer who was asked to change his shoes in 2013 due to their orange soles). The rules state that any color (including off-white and cream) must be limited to a single trim that does not exceed one centimeter. The tradition of wearing white, which dates back to the late 1800s, was believed to minimize visible sweat marks and offer some relief from the hot sun.

In stark contrast to virtually every other major sporting event, you won’t notice a lot of advertising on the courts at Wimbledon. The ads you do see are mostly in black and white and limited to a few major sponsors. The main reason is to protect the integrity of the brand and to provide a clean aesthetic, highlighting the beauty of the venue. 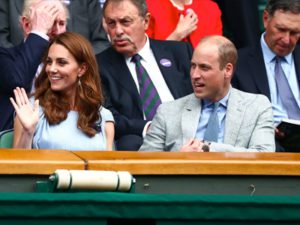 Wimbledon wouldn’t be Wimbledon without the Royal Family. For over a century, there has been a royal presence at the tournament, usually in the Royal Box. This exclusive luxury box contains 74 seats and provides enviable views of Centre Court. Despite the name, the Royal Box isn’t dedicated solely to the Royals, it is often offered to heads of government and other VIP invitees of the All England Lawn Tennis Club. 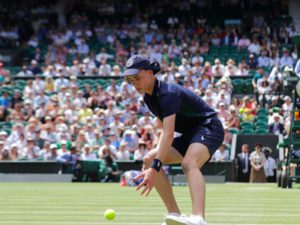 One of the most coveted positions at Wimbledon is that of Ball Boy or Girl (BBG). Most years, a total of 250 lucky youths are selected from a pool of 1000 applicants for the role. All of the prospects undergo an extensive selection and training program to ensure they remain some of the most elite in the sport. 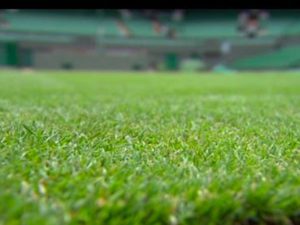 Wimbledon is known for its immaculate grass courts. The 100 percent perennial ryegrass championship courts are meticulously cared for, with preparation beginning in September to ensure they are in prime condition when June comes around. For matches, the grass is cut to a height of precisely 8 millimeters.

It’s one of sport’s most famous lineups. The Wimbledon queue is where tennis fans wait their turn in the hopes of snagging one of a limited number of same day Wimbledon tickets. Heaps of optimistic fans will line up for hours — some even overnight — near the stadium, hoping to be one of the lucky ones. 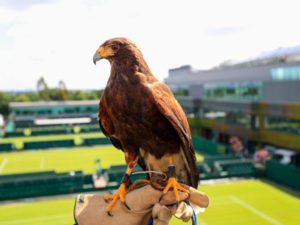 With his official title of “Bird Scarer,” Rufus the Hawk holds an important job at the All England Lawn Tennis Club: keeping the pigeons away. Rufus travels to the venue regularly throughout the year, including most days of the Wimbledon tournament, to deter the unwelcome birds. This hardworking hawk has been chasing the pigeons for years and has become a bit of a celebrity; he even has his own social media accounts! 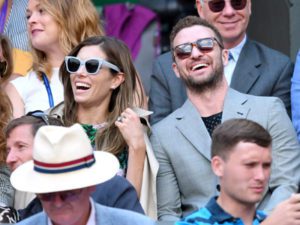 Speaking of celebrities, you’ll find plenty of big names checking out the action annually at Wimbledon. Besides the Royal Family, A-listers from the world of entertainment flock to the tournament to get their tennis fix each year.


Join us at Wimbledon and experience some of these beloved traditions for yourself. Get in touch with one of our Sports Travel Specialists to start planning your trip.