The sport of tennis has been around for ages and its popularity seems to grow every year. Each season, the top tennis tournaments in the world draw in thousands of spectators who experience the incredible atmosphere surrounding these global events. These major tennis tournaments are some of the hottest tickets in sport, and offer fans the opportunity to see the world’s best tennis players live on the biggest stages. Along with the tennis action, there’s also a lot of history and tradition, unique to each tournament. If you’re wondering what are the best tennis tournaments to attend, we’ve compiled a list of eight of our favorites below.

What are the Major Tennis Tournaments?

The 8 major Major Tennis Tournaments are:

What are the 4 Grand Slam Tennis Tournaments?

The Grand Slam Tournaments in tennis are:

What are the 4 Professional Tennis Tournaments?

The Professional Tournaments in tennis are:

Which Top Tennis Tournament is the most prestigious?

Most people would agree that Wimbledon is the most prestigious tennis tournament. Of the four grand slam tournaments in professional tennis (Australian Open, French Open, Wimbledon, and the US Open), Wimbledon always seems to attract the most attention. It seems to be a favorite major tennis tournament of the players too; American Sam Querrey notably referred to it as the best tournament, comparing it to golf’s iconic Masters.

It only makes sense to start the list of top tennis tournaments with the most famous (and prestigious) tennis tournament in the world. Wimbledon dates back to the year 1877 when the first tournament was played on the grass lawns of the All England Club just outside of London, England. 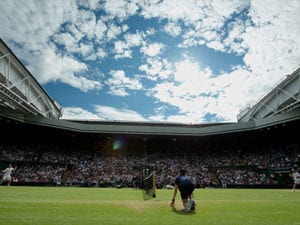 Wimbledon is still played on grass courts, one of many long-standing traditions of this historic tournament. Appearances by the Royal Family (and other celebrities), fresh strawberries and cream, and the famous all-white dress code are other traditions that have become associated with the tournament.

One of the four major tennis tournaments (also known as grand slams), Wimbledon takes place over two weeks in late June/early July. It attracts a long list of the best tennis players in the world and has hosted some of the sport’s most iconic matches on the All England Club’s famous Centre Court.

Usually the last Grand Slam of the season, the US Open is also the most famous professional US tennis tournament. The US Open was first played in 1881 as the US National Championship. What makes it one of the best tennis tournaments to attend? Well for starters, it offers a different and unique atmosphere than the other majors. It’s lively, fun, and exuberant, just like its host city, New York. 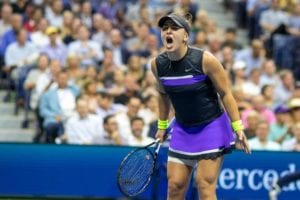 This top tennis tournament takes place at the US National Tennis Center in Flushing Meadows, NY, though many fans will stay in Manhattan and take advantage of the city’s incredible dining, shopping, and entertainment when they’re not checking out the tennis. Just like Wimbledon, you’ll find no shortage of celebrity presence at the US Open.

The US Open plays out each year in late August/early September dates and we think it’s the perfect way to wrap up the summer. We’re not the only ones that think so. In 2018, the tournament set an attendance record with over 800,000 tennis fans taking part in the event.

The first of the four major tennis tournaments on the calendar, the Australian Open is a bucket list event for fans around the world. It’s the largest annual sporting event in the Southern hemisphere and has taken place at Melbourne Park since 1988, though the tournament dates back to 1905.

The Australian Open is played on a hard-court surface and has been dominated by Novak Djokovic in recent years. He’s won the tournament eight times since 2008, giving him the record of most singles titles at the event.

As the first grand slam of the year, the 2021 Australian Open Tennis dates are January 18-31, excitement is always high for this famous Melbourne tennis event and as one of the highest attended, it definitely makes the list of best tennis tournaments.

The French Open is different from the other major tennis tournaments in that it is the only one played on clay courts. Clay is known to be a difficult surface to play on, due to the slower moving ball. Some players seem to excel on the clay, most notably Rafael Nadal, who won has an incredible twelve French Open Championships. 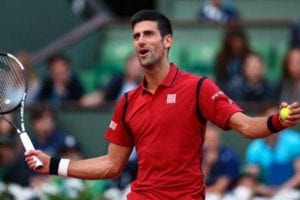 One of the best parts about the French Open is the amazing city of Paris. There’s a reason it is regarded as one of the most beautiful cities in the world. With its charming cafés, amazing food, great hotels, and stunning architecture, it makes an ideal backdrop for one of the best tennis tournaments in the world.

The 2020 French Open tennis tournament dates are September 20th to October 4th, rescheduled from the spring due to COVID-19 concerns, providing a rare opportunity to experience the tournament in the fall. With a history dating back 128 years, this tournament has been home to hundreds of memorable moments.

Tennis made its first Summer Games appearance at the inaugural event in 1896 but was later dropped in 1924. It returned in 1988 and has remained in the lineup ever since.

The 2020 Summer Games are in Tokyo, Japan and will take place July 23 to August 8, 2021, with the tennis tournament taking place during the first half. With just nine days to complete this famous tennis tournament and players playing for national pride, the action will be intense.

When tennis fans aren’t checking out the tennis action, they can watch the best athletes in the world compete in 33 other sports, or explore the incredible country of Japan, recently named Destination of the Year by Travel + Leisure magazine. Have questions about the 2020 Summer Games? Check out our Summer Games FAQ.

There are many reasons we consider the BNP Paribas Open to be one of the top tennis tournaments. The first is, of course, the tennis itself. This major tennis tournament attracts the top players in the world, and is a favorite with fans as well. It regularly draws over 400,000 fans and in fact, set an attendance record at the 2019 tournament with 475,372 fans experiencing the tournament in person.

Another draw of the BNP Paribas Open is its location. The tournament refers to itself as “Tennis Paradise” and it’s hard to argue that. The event takes place in Indian Wells, in the Palm Springs area of California. This stunning tourist destination offers luxury resorts, world-class golf, incredible shopping and dining, high-end spas, and plenty to appease the nature lovers. It also boasts wonderful weather, the perfect spot for a late winter getaway.

The ATP Finals are another top tennis tournament. The ATP (Association of Tennis Professionals) Finals date back to 1970, though it has gone through a few different names and versions since then. Since 2009, the tournament has been held at O2 Stadium in London, though in 2021 it will move to a new host city: Turin, Italy.

The ATP Finals follow a different format than the grand slams, which use a knock-out/bracket system. This event follows a group stage format. Each player is put into a group of four and plays each other player in his group. The top two from each group move on to a semi-final and then the championship final match.

The professional women have their own major tournament to cap off their season. The Women’s Tennis Association (WTA) Tour concludes with the WTA Finals, scheduled to take place in Shenzhen, China from October 26 to November 8, 2020. Shenzhen has been awarded hosting duties until 2028, after taking over from Singapore in 2019.

Similar to the ATP Finals, the tournament is played as a group-stage/round-robin format, followed by the semi-finals and finals. In 2019, the WTA Finals made history by offering the biggest prize money in the sport’s history, with a possible $4.75 million for the winner. To win the full amount, the winner would need to go undefeated in the tournament. In the end, singles winner Ashleigh Barty walked away with a cool $4.42 million.

Where is the next major tennis tournament?

If you would like to find the perfect tennis tournament for you, we’d be happy to help. Roadtrips offers custom tennis travel packages to the best tennis tournaments in the world. Contact us to start planning your ultimate tennis experience.