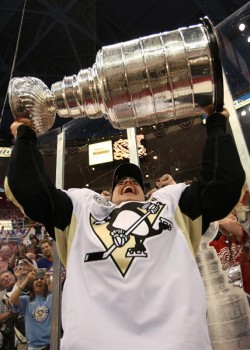 For diehard ice hockey fans, the Stanley Cup Finals are the pinnacle of all Canadian and American sporting events. Ask any serious hockey fan what it means to them and he or she will probably tell you that they’d give anything to watch the finals. First commissioned in 1892, the Stanley Cup went through several transformations before being officially adopted by the NHL. In its glorious century old history, the finals have produced a number of great players and memorable moments that will stay at the forefront of generations to come.

Really great moments in sporting events do not come every day. They are not made, but happen spontaneously and leave a lasting impression on a spectator’s mind. And they can be counted on the fingers of one hand. Without further delay, here are Roadtrips’ 5 absolutely NHL greatest moments in Stanley Cup history:

What‘s your favorite Stanley Cup Final moment? We’d love to hear from you!